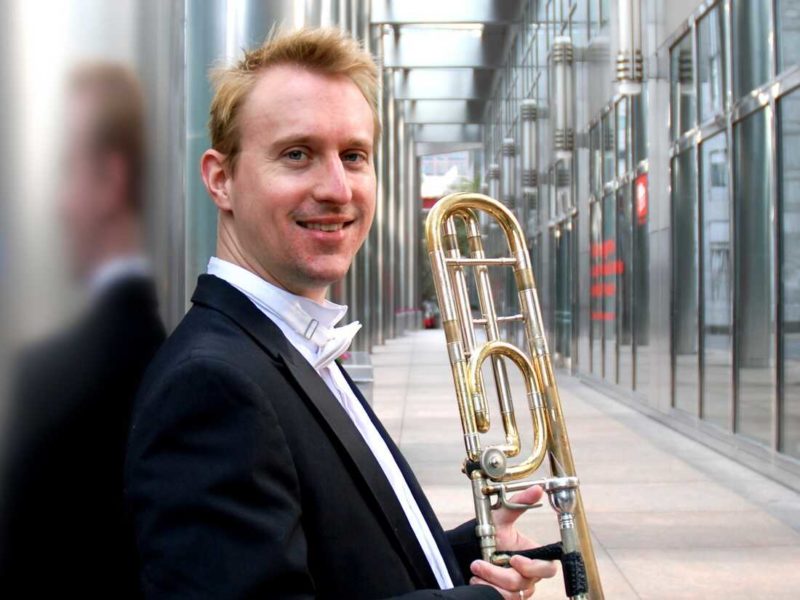 A native of Franklin, Pennsylvania, David Roode studied music at the Indiana University of Pennsylvania and Duquesne University, where he obtained a BA in Trombone Performance in 2001. From 2002-2007, David held the position of 2nd Trombonist with the Memphis Symphony. During that time, he was a frequent guest musician with the New World Symphony in Miami Beach, Florida.

For the 2014-2015 season, David was 2nd Solo trombonist with the Odense Symphony Orchestra in Denmark, and during his time there, he also worked as an extra musician with Aalborg Symphony, the Aarhus Sinfonietta and the Royal Danish Opera in Copenhagen.