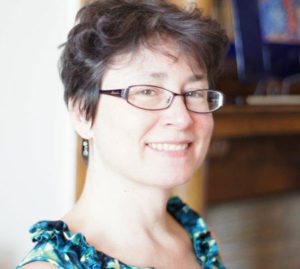 Elizabeth Motter is an accomplished and versatile harpist whose performances have taken her from coast to coast in the United States as well as to Europe and Asia.  Highlights include concerts with Singapore Symphony, Spoleto Festival, Aspen Music Festival, Peninsula Music Festival, Des Moines Metro Opera, Lancaster Festival, New World Symphony, and a residency in Japan. She has had the privilege of playing in the orchestras of such legends as Marvin Hamlisch, Sarah Vaughan, Aretha Franklin, Manhattan Transfer, Al Jarreau, The King’s Singers, and Frank Sinatra. Recently Elizabeth began exploring historical performance practices on the baroque triple harp, attending the Amherst Early Music Festival, Accademia d’Amore in 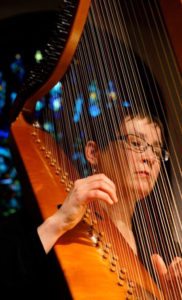 Seattle, Oberlin’s Baroque Performance Institute, and Toronto’s Tafelmusik Baroque Summer Institute. She
holds a Bachelor of Music in Harp Performance degree from Oberlin Conservatory.  Elizabeth teaches at the Cincinnati Conservatory of Music Preparatory Department and the School for the Creative and Performing Arts. She freelances throughout the region, performing with many of the area’s professional ensembles. She is a substitute with the Cincinnati, Indianapolis, and Columbus Symphony Orchestras and has participated in recordings made by Nashville Chamber Orchestra, Cincinnati Symphony and Pops Orchestras, Indianapolis Symphony, as well as two Christmas CD’s with Cincinnati’s Vocal Arts Ensemble. Additionally, she is a member of Three 2 Tango, a trio that specializes in improvisatory Argentine tango music.