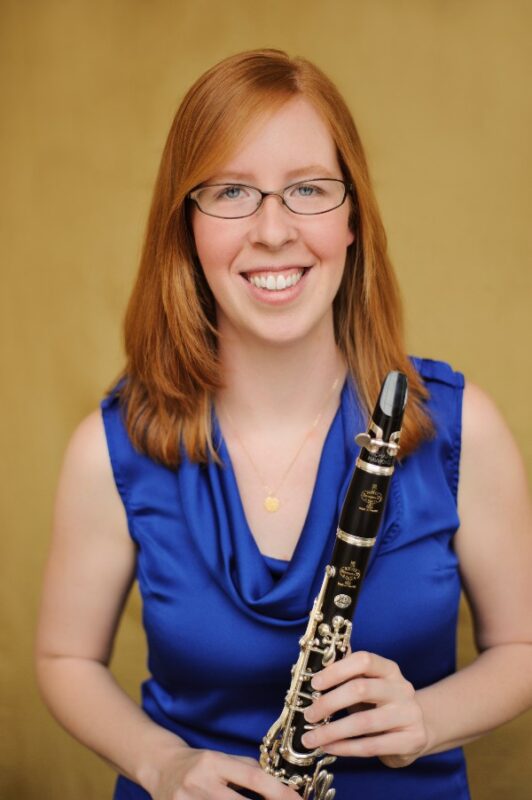 A Seattle native, Krista moved to the Midwest to pursue music degrees at Indiana University where she received both her Bachelor’s and Master’s of Music in Clarinet Performance as a student of Eli Eban. In addition to her time at IU, Krista has spent summers with the Aspen Music Festival, National Repertory Orchestra, Chautauqua Music Festival, Brevard Music Festival, and Marrowstone Music Festival.

Since 2021, Krista has served as the Lecturer of Clarinet and Woodwind Area Coordinator at Northern Kentucky University. In addition to her position at NKU, Krista maintains a studio of private clarinet students in the Cincinnati area and coaches masterclasses and sectionals at schools throughout Kentucky, Ohio, and Indiana. She previously served as the clarinet instructor at Indiana State University in Terre Haute, IN.

Krista lives in Newport, KY with her husband and their two pets, Kirk the cat and Duncan the golden retriever. She loves performing with the RSO and looks forward to her trips to Richmond throughout the year.