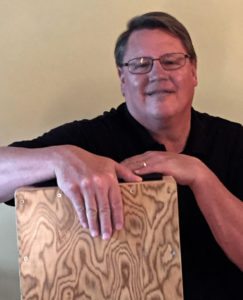 Danny grew up in Northern Kentucky and attended the University of Cincinnati College-Conservatory of Music where he received his Bachelors of Music Education with a Percussion Concentration. He received his Masters in Percussion Performance from Miami (Ohio) University, studying with RSO Principal Percussion Emeritus, William Albin. Since that time he has performed and recorded with the Cincinnati Symphony and Pops Orchestras, the Cincinnati Ballet Orchestra, and many area organizations. 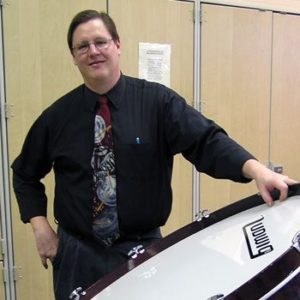 “Mr. Frank” began his career as a music educator in 1981 and retired in 2013 after 31 years as a public school music teacher.

Danny makes his home in Blue Ash, Ohio with his wife Debbie, also recently retired after 35 years as a music educator. They have two children, Brittany and Danny, and four grandchildren.  Danny continues to coach girls basketball at his local junior high and currently serves as Director of Music at St. Paul Community United Methodist Church in Madeira, Ohio.