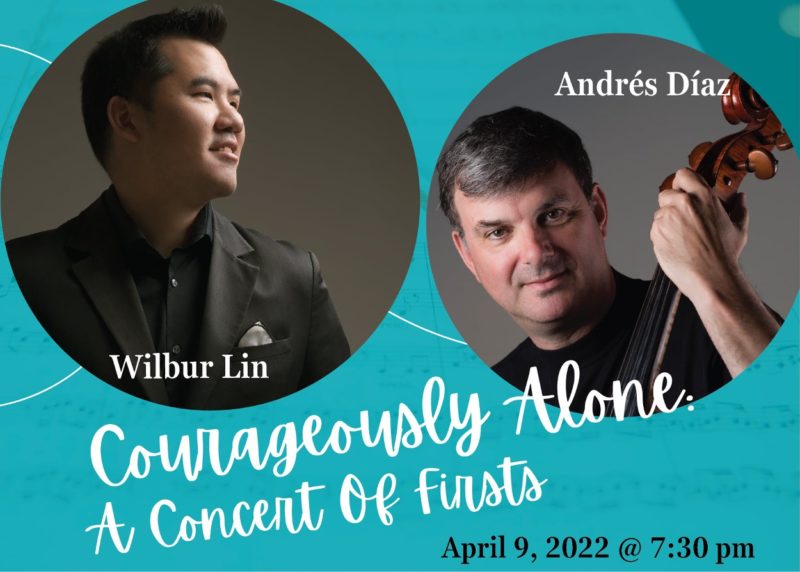 Diaz will be the featured soloist during the debut of the cello concerto “Alone” by composer Alyssa Morris, according to a news release. The work, which was commissioned by RSO and funded by Barlow Foundation of Brigham Young University, is intended to speak to society as it moves from the isolation of COVID-19 quarantine and isolation through conflicts to a hopeful conclusion. It is dedicated to those who died during the pandemic, the release said.

“Alone” will be the second piece during the “Courageously Alone: A Concert of Firsts” performance led by guest conductor Wilbur Lin, who debuted with RSO at its March 5 concert. Lin is currently assistant conductor for the Cincinnati Pops Orchestra.

“Richmond Symphony Orchestra of Indiana is such a hidden gem,” Lin said in the news release. “What an exciting orchestra of extremely dedicated professionals, what a group of enthusiastic supporters and what a great concert hall.”

“Courageously Alone: A Concert of Firsts” will be 7:30 p.m. April 9 in Richmond High School’s Civic Hall Performing Arts Center. It features an all-female lineup of composers, highlighting two pioneers along with Morris.

The opening number is the “Masque of Pandora Overture” composed by Alice Mary Smith in 1878, the release said.

“Smith composes with a dense but colorful orchestration, clear structure and conservative but masterful harmonic language that reminds us of the music of Schumann and Mendelssohn,” Lin said.

Amy Beach’s “Symphony in E Major, Op. 32” known as the “Gaelic Symphony” completes the concert. The American composed the symphony in 1894 from the British Isles, and it was the first symphony composed and published by an American woman.

“The RSO invites audiences to attend the concert that features a guest artist, a guest composer and a guest conductor,” said RSO Executive Director Monica Koechlein. “The final concert of the season is truly ‘A Concert of Firsts’ that will serve to show off the talent of the orchestra.”

Tickets for the April 9 concert and the RSO’s April 30 fundraising event “Show Me the ’90s” are available online or by calling 765-966-5181. Tickets for April 9 are $20 or $25 for box seats. College students are admitted for half-price and youth in kindergarten through grade 12 are free.

“Show Me the ’90s” will be in Tom Raper Center at the Wayne County Fairgrounds and features an RSO performance and The Ronald Reagans band.